Please see below for more details.

※ All images are from test servers.

■ Improvements to Power Lv. Calculation and Display
1) Current Status of Power Levels
- The Power Lv. increase gained from construction or research was low compared to the resources and time spent,
and the fact that the only aspect of growth for a Captain was to level-up made strategic gameplay difficult.

2) Improvement Directions
- The Power Lv. of modules and researches were buffed to allow players to feel a greater increase in their Power Lv. after investing resources and time.
- The Captain's abilities now play a more important role so that Captains can act as a strategic element.
- Upgrading a Captain's star-rank, skills, flagship, or initially obtaining a Captain now adds to your Power Lv. to emphasize the fun aspect of upgrades.

※ The changes to the Power Lv. calculation may result in a big difference in your Power Lv. but this is normal.
(Changes may vary depending on the progress of your base)

2) Specialized Resource Packages
- Packages for Admirals in need of certain resources are now available in rotations. 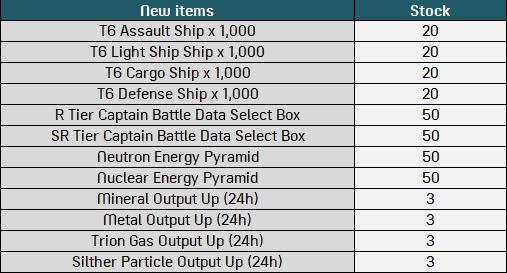 a. Points
- Every day, Admirals in the Sector must work together to complete 5 different mission stages to collect points.
(* Points will only be counted for Admirals with Command Center Lv. 15 or higher)
- All Admirals in the Sector will obtain point rewards and Sector buffs for reaching point reward milestones.
- Additional rank rewards will be available after each mission stage, depending on the amount of contribution in points.

b. Sector Buff
- All Admirals in the Sector will get the Sector Buff when the point rewards are distributed.
- Each Sector Buff for the point stage does not stack, but replaces the previous buff, and lasts until the end of the event.

※ Please refer to the event page for more details. 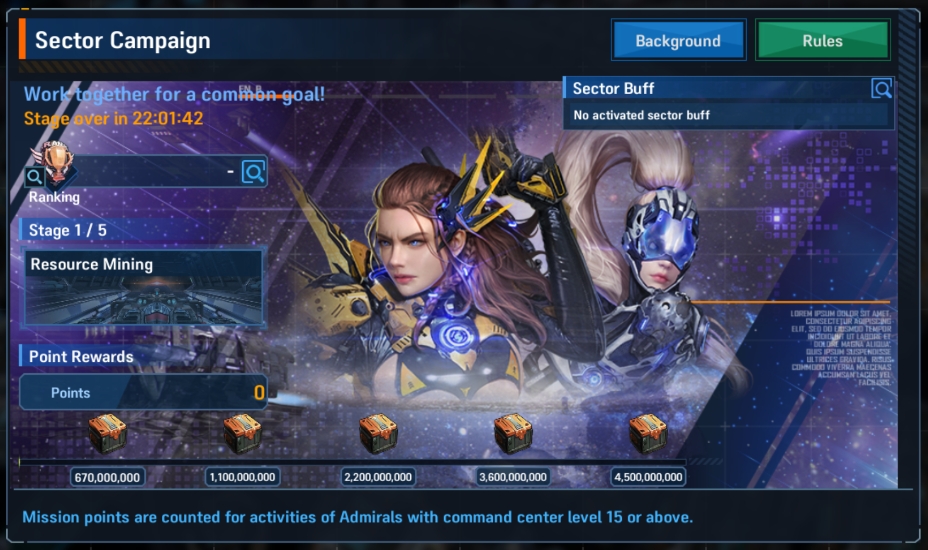 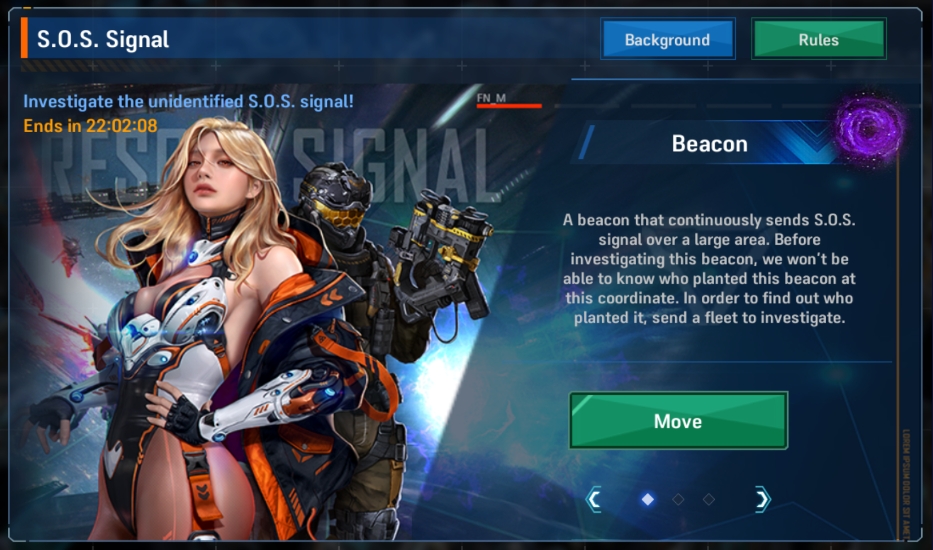 ■ Improvements to Events
- Attack and battle report mail messages are now combined in a single mail for events (Deserted Factory, Hostage Rescue, S.O.S. Signal)
- The Location Info button was added to allow players to find the approximate location of Cyrox supply bases in the Cyrox Base Plunder event. 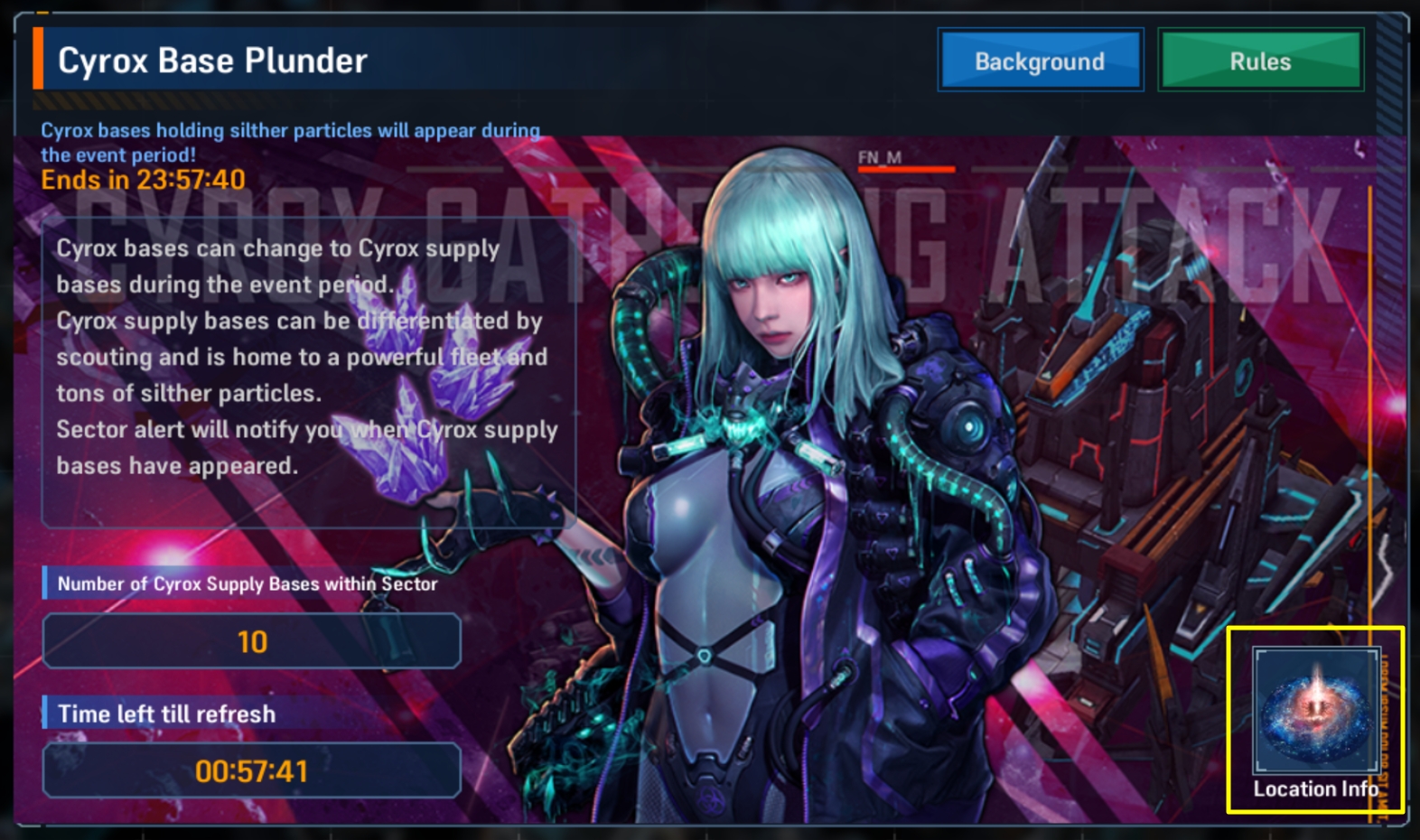 ■ Improvements to Equipment UI
- The Equipment UI was improved to allow players to see all Captains' equipment status at a glance. 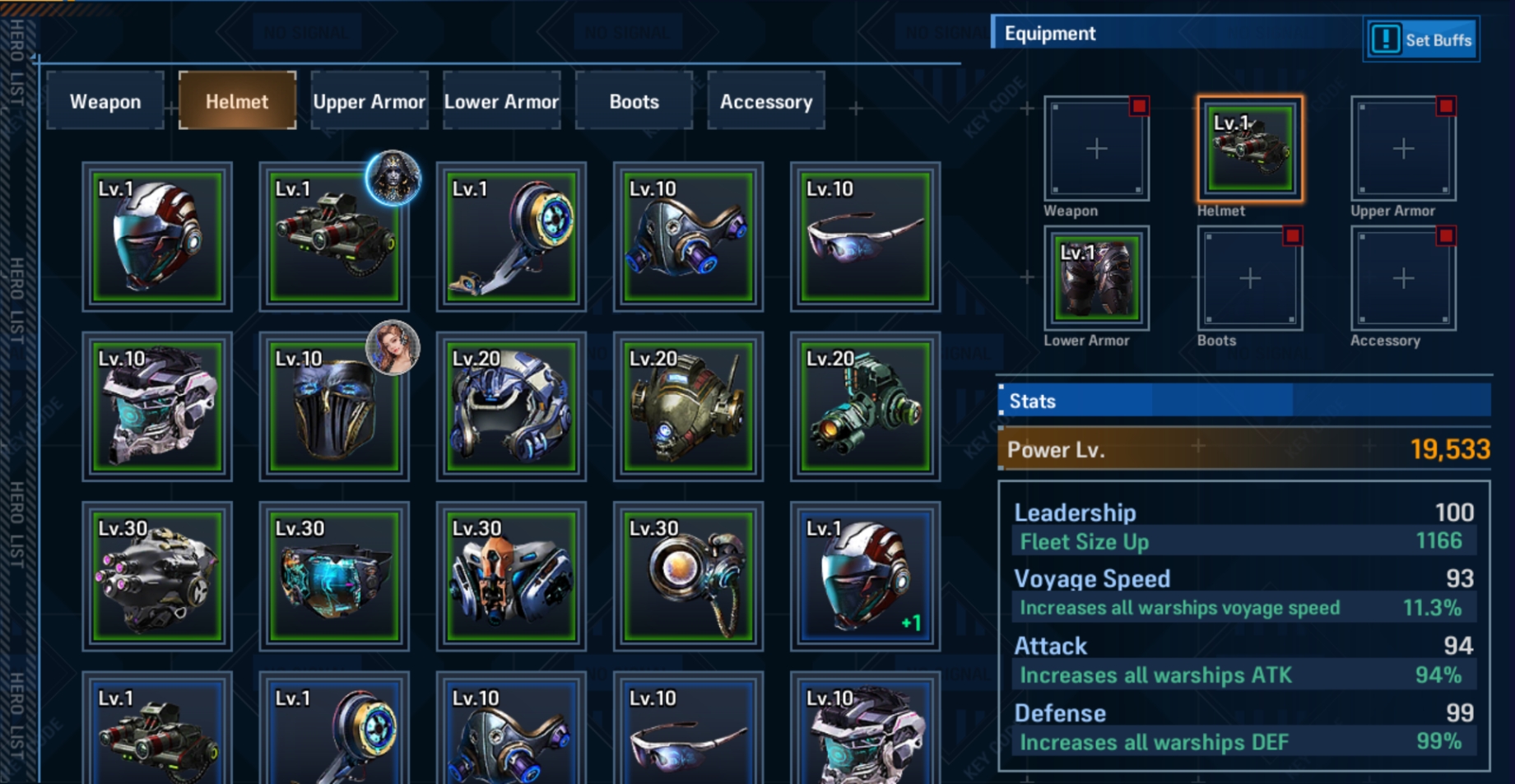 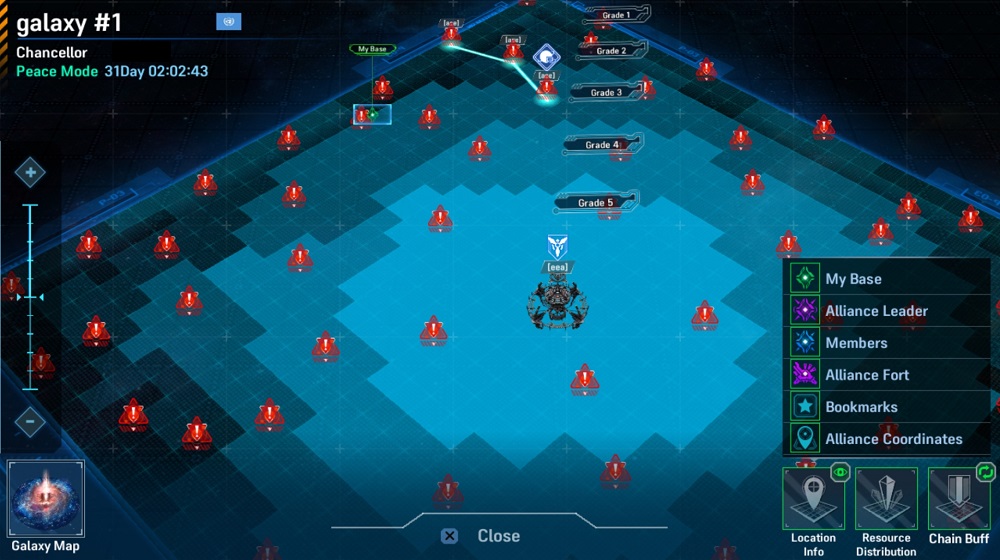 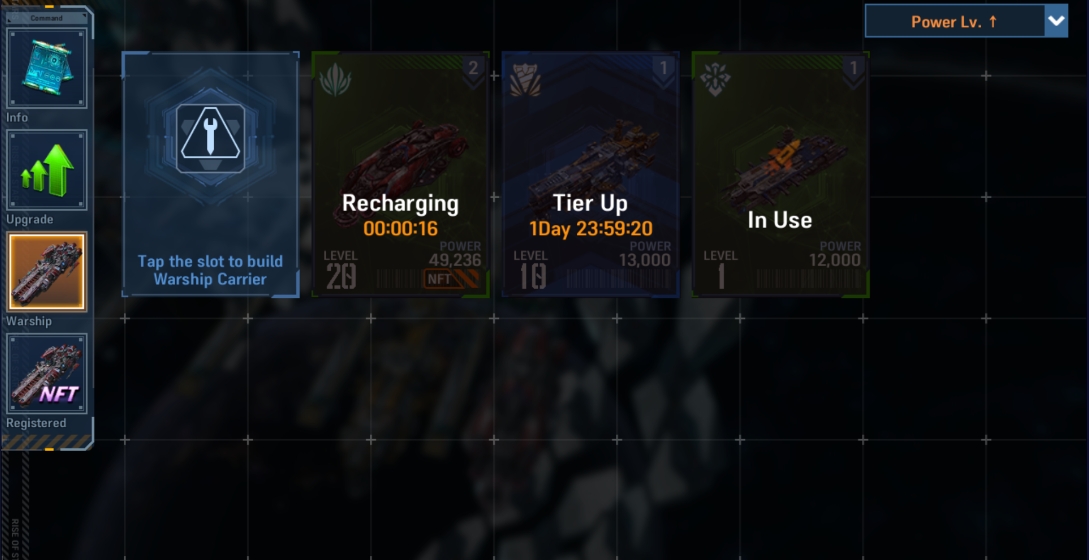 ■ Improvements and Changes
- Deploying to Elite Pirates changed from rally attacks to normal attacks.
- Improved visuals for Admiral/VIP level-up and items in the purchase pop-up window.

- A red dot now shows up when an Alliance's Planets have a chain buff that can be activated.
- The upper part of the Info tab in each Module now stays fixed in place.
- A Power Lv. increase animation now shows up when equipping a Captain or upgrading a Captain's skill, star-rank, or flagship.
- Warships now have colors according to their tier in Warship Factory > Build Warships.
- Changes to the text in the Delete Account menu
- Increased the ratio of Lv. 1 Non-Safe Silther Particle Planets.